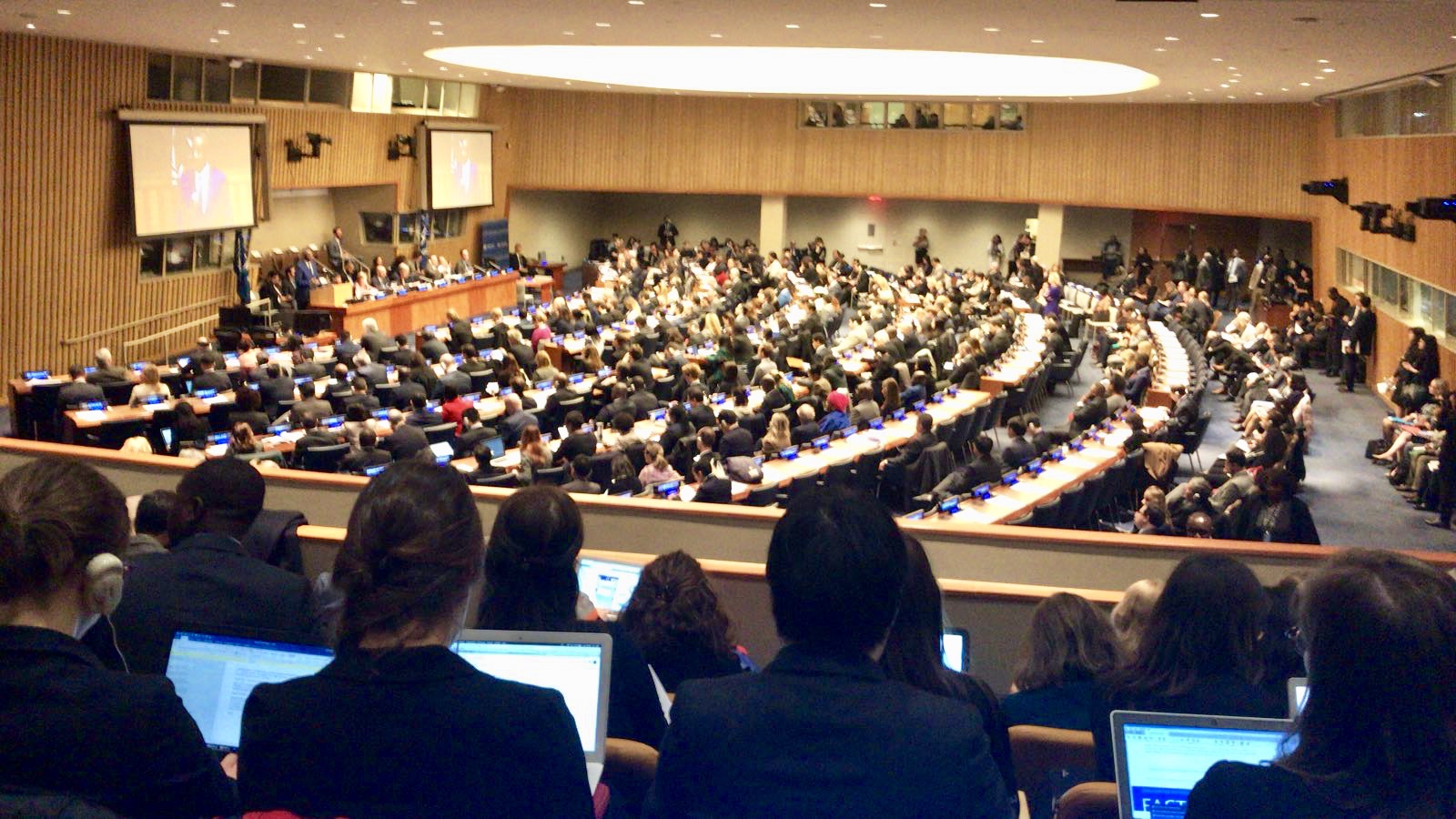 The ICC has been experiencing a funding crisis for more than a decade. As demands for international justice have grown and the Court’s workload has expanded to cover crimes committed in 16 geographical situations, the financial support of states parties to its Statute has waned.

Some of the largest financial contributors to the Court, including Canada, France, Germany, Italy, Japan, Spain and the UK have opposed the Court’s requests for budget increases, often insisting on zero-nominal growth in the Court’s budget regardless of its workload. In 2015, they refused to support Prosecutor Bensouda’s 2015 initiative to define the “Basic Size” of the Office of the Prosecutor (OTP) and its core budget needs.

The “Basic Size” exercise estimated that, by 2021, the OTP would require €60.6 million to conduct a predicted workload of six active investigations and five trials effectively, as well as preliminary examinations and proceedings during pre-trial, appeal and reparations phases of cases. The Court reported that, as a whole, it would require €206 million to implement these activities. However, in 2022, the Assembly of States Parties approved only €49.5 million to the OTP, and €151.2 million to the Court as a whole to conduct at least eight active investigations and four trials.

This level of underfunding over many years is taking a significant toll on the Court’s capacity to keep pace in the fight against impunity and its ability to function effectively. Despite concluding preliminary examinations in Ukraine and Nigeria in 2020, Prosecutor Bensouda decided not to proceed to seek authorisation from the Pre-Trial Chamber to commence investigations citing “resource constraints” and the limitations of its “operational capacity due to thin and overextended resources”. Both investigations were essentially deprioritized. Then, in September 2021, Prosecutor Khan deprioritised investigations into allegations of crimes committed in Afghanistan by US Armed Forces and the Central Intelligence Agency (CIA) and members of the Afghanistan National Security Forces, citing the “limited resources available”.

These decisions threaten the effectiveness of any future ICC investigations in these situations, as delays will inevitably result in loss of evidence. They have also undermined confidence in the ICC among civil society, victims and affected communities (see here, here and here).

The fact that the funding crisis has been brought about largely by a small number of powerful western governments, raises major concerns that these states are seeking to interfere with the activities of the ICC through its budget. For example, as Human Rights Watch pointed out, the UK’s insistence on restricting budgetary increases for the Court to the bare minimum – at the same time as it made “strong representations” to the ICC not to open an investigation into crimes committed by UK forces in Iraq – gave the “appearance that the UK sought to indirectly pressure the Prosecutor’s office over its UK preliminary examination.”

Despite this increasingly dire situation, there has been a recent shift in financial support for the OTP. Prosecutor Khan’s swift decision to launch an investigation in Ukraine on 28 February 2022 following Russia’s invasion, included a call “for additional budgetary support, for voluntary contributions to support all our situations, and for the loan of gratis personnel”. So far, this call has received a strong positive response.

The Prosecutor reported in May that 20 states (made up mostly of Western and European States, including Bulgaria, Canada, Denmark, Estonia, Finland, France, Germany, Latvia, Lithuania, New Zealand, Poland, Sweden, the Netherlands, and the United Kingdom) had indicated their willingness to make financial contributions to the OTP’s new Trust Fund for Advanced Technology and Specialized Capacity. In a briefing to states parties on 29 September, the Chair of the Committee on Budget and Finance reported that several states parties have committed €8.6 million so far.

The Prosecutor also reported in May that 21 states had indicated a willingness to make national experts available to the ICC on secondment basis. According to the Chair of the Committee on Budget and Finance’s recent briefing, a total of 74 national experts from judicial, law, military and law enforcement agencies have been committed by states parties on a secondment basis.

Already, the additional support has enabled the OTP to open its largest ever investigation in Ukraine, by deploying “a team of 42 investigators, forensic experts and support personnel.”

Moreover, in August, the Court released its budget request for 2023, requesting a €13.2 million increase in the budget of the OTP and an increase of €32 million for the Court as a whole. States parties have yet to respond formally to the request. However, the Chair of the Committee on Budget and Finance announced on 29 September 2022 that, following its technical assessment of the request, the Committee is recommending that the Assembly approve an increase of €11.7 million to the OTP and €25.5 million to the Court overall.

Additional Resources but at What Cost?

At last, after more than a decade of budgetary stalemate between the ICC and the Assembly of State Parties, there appears to be an opportunity for greater investment in international justice and a more effective ICC. The influx of support provides an opportunity for the OTP and the Court to better manage its workload and for the OTP to demonstrate how thorough and effective investigations should be conducted, and the quantum of resources required for all situations.

However, there is a long way to go before the Assembly adopts the 2023 budget in December and the initiative to resort to fundraising and secondments to conduct the OTP’s core functions raises legitimate concerns regarding the independence of the Court and its long-term effective functioning, which must be addressed.

Questions must be asked about the timing of the fundraising initiative alongside the announcement of the Ukraine investigation and its impact on the independence of the OTP. After all, the Prosecutor and his predecessor were content to hibernate the Ukraine situation, until Russia’s full-scale invasion made it a priority for western states. There were no fundraising efforts to address impunity in Ukraine until then; or for horrific crimes committed in Nigeria; or to ensure against the one-sided ICC investigations being conducted in Afghanistan. Despite the challenges the Court is facing, its budget requests in recent years were relatively modest and displayed little urgency to address the mounting capacity crisis. That is not to suggest that the Prosecutor should not have taken every initiative to respond to the outrageous crimes committed in Ukraine this year. Nor should we ignore the depressing reality that, had the Prosecutor sought similar financial assistance for other investigations, the initiative in all likelihood would have received much less support.

While the Prosecutor is no doubt taking advantage of a rare opportunity to harness the support of many of the biggest funders of the ICC for the Ukraine investigation, that is precisely the concern – that the OTP will gravitate towards situations that powerful western states are willing to throw additional resources, voluntary contributions and secondments at in order to advance their interests, while it pragmatically accepts impunity for crimes committed in other situations, especially if the same states continue to starve the Court of resources through its annual budget.

Concerns that a two-tier system of justice will emerge are only partly addressed by the Prosecutor’s refusal of voluntary contributions earmarked for specific investigations and his insistence that the newly acquired resources “will be deployed based on my assessment of needs across all situations.” Although these assurances are welcome, a majority of contributions announced publicly so far have been committed by NATO member states, many of which have made it clear that they expect their contributions to benefit the Ukraine situation. The unprecedented size of the Ukraine investigation suggests that the Prosecutor is meeting their expectations.

The sustainability and consequences of the Prosecutor’s initiative for the long-term effective functioning of the Court must also be considered. Based on the experience of other ICC trust funds, it is likely that voluntary contributions to the OTP’s new Trust Fund for Advanced Technology and Specialized Capacity will fluctuate significantly each year, denying the OTP of reliable and consistent resources to plan and conduct vital aspects of its work. What happens when the Court completes its investigations in the Ukraine situation? Will states continue to contribute to the Trust Fund for other situations? This is from certain.

The Registry has also expressed concern to the Committee on Budget and Finance that “these additional voluntary funds could lead to asymmetrical growth in capacity, capabilities and funding across the organs of the Court.” Acknowledging these concerns, the Committee noted that increases in the resources and capacity of the OTP may indeed result in the Court as a whole requiring greater resources. This confirms that, far from relying on voluntary contributions and secondments to fill gaps in the OTP’s budget, they must align with sufficient resources in the Court’s annual budget. But what if the Assembly continues its practice of refusing significant increases in the Court’s annual budget requests? The Assembly’s decision on the 2023 Budget is therefore critical.

As Amnesty international has previously commented “without exceptional caution and sufficient transparency, this approach [of resorting to voluntary contributions and secondments] risks allowing states parties to support only those situations which align with their interests. This exacerbates the risk of selective justice and leaves the court vulnerable to manipulation by powerful states.”

In the next two blogs in this series, Amnesty International will examine the Prosecutor’s campaign for voluntary contributions and secondments in detail and recommend urgent measures that should be taken to strengthen rules, guidelines, practices and reporting, so that states can demonstrate their support for the work of the Court through voluntary contributions and secondments with sufficient safeguards for the independence and effectiveness of the Court.

In the final blog in the series, Amnesty International will examine the Court’s budget request for 2023 and emphasise that, if states parties are truly committed towards supporting the work of the Court, they must focus first and foremost on supporting increases to its annual budget.