Last month, the UN Commission of Inquiry’s Report on Burundi found that there were reasonable grounds to believe that crimes against humanity had been committed in the country. This followed on from a UN independent investigation which also found that crimes under international law had been committed. It’s against this deeply troubling backdrop that the withdrawal of Burundi from the ICC will take effect on 27 October 2017.

For the first time in the Court’s history, the ICC will be confronted with one of its member states having withdrawn from the Rome Statute in order to stop the Court’s investigations and subsequent prosecutions of crimes committed in a situation which has been under a preliminary examination by the Office of the Prosecutor.

Withdrawal from the Rome Statute does not in any way affect or detract from Burundi’s obligation to put an end to the widespread human rights violations, and to provide measures for accountability for the crimes committed in Burundi. However, it does affect the relationship between Burundi and the ICC and in this blog we consider the related but separate questions of whether the ICC will retain jurisdiction over crimes committed before the withdrawal takes effect (thus empowering the OTP to request the formal launch of an investigation) and whether Burundi will retain obligations to cooperate with the ICC after the withdrawal comes into effect.

Jurisdiction of the ICC

As far as the ICC is concerned, all is not lost for victims in Burundi. Temporally the ICC retains jurisdiction over crimes committed in Burundi until the date of withdrawal takes effect. In its 2016 Preliminary Examination Report, the Office of the Prosecutor states that: ‘The preliminary examination may also include any other crimes within the same situation that could be committed in Burundi until the withdrawal becomes effective’. The issue is therefore whether the ICC could initiate an investigation into crimes falling within this temporal jurisdiction once the withdrawal is effective.

The present situation is unprecedented in the Court’s history and no jurisprudence exists. This leaves any legal determination of the effect of the withdrawal in a state of some uncertainty. However, the same passage from the OTP’s 2016 Preliminary Examination Report goes on to state that: ‘According to its legal assessment, the Office could also initiate investigations at least during this one-year period’. We would say that they can always launch an investigation for Rome Statute crimes committed in Burundi while the Court had jurisdiction, even after the withdrawal has taken effect. Indeed, there is no provision in the Rome Statute that suggests that a withdrawal would extinguish existing jurisdiction and the correct legal interpretation (applying for example article 70 para 1(b) of the Vienna Convention on the Law of Treaties) must be that a withdrawal extinguishes the Court’s jurisdiction over crimes that occur after the date on which the withdrawal comes into effect. Indeed any other interpretation would defeat the very purpose of the Rome Statute as it would facilitate impunity by incentivising states to withdraw from the Statute to avoid jurisdiction. If the Court retains jurisdiction over crimes committed before the date that the withdrawal becomes effective, then a simple reading of article 15(1) of the Statute means that the Prosecutor can launch an investigation after 27 October 2017 as long as the alleged crimes occurred before that date.

This interpretation seems to be confirmed by Article 127(2) which reads that the withdrawal of a States Party ‘shall not … prejudice in any way the continued consideration of any matter which was already under consideration by the Court prior to the date on which the withdrawal became effective’ [emphasis added]. This is in addition to the cooperation requirements regarding ongoing criminal investigations and should be read here to mean, at the very least, that the Court’s jurisdiction continues and it may continue a preliminary examination that it opened before the withdrawal came into effect.

The term ‘any matter’ is broad and must be interpreted to include preliminary examinations, which are an integral and recognised part of the OTP’s operations as well as a necessary step in the OTP’s decision making process in opening an investigation pursuant to Article 15. This must necessarily also mean that once the OTP is ready it can request permission from the Chamber to launch an investigation, even after the withdrawal comes into effect (for crimes that allegedly occurred before the withdrawal came into effect). An ‘object and purpose’ interpretation would also require a reading that prevents a State from avoiding jurisdiction by withdrawing from the Statute.

While the present scenario was not directly addressed in the Rome Statute’s travaux preparatoires, the language in Article 127(2) appears to have been included for the very situation now facing the Court, where a States Party brazenly withdraws from the Statute in order to avoid the jurisdiction of the ICC. 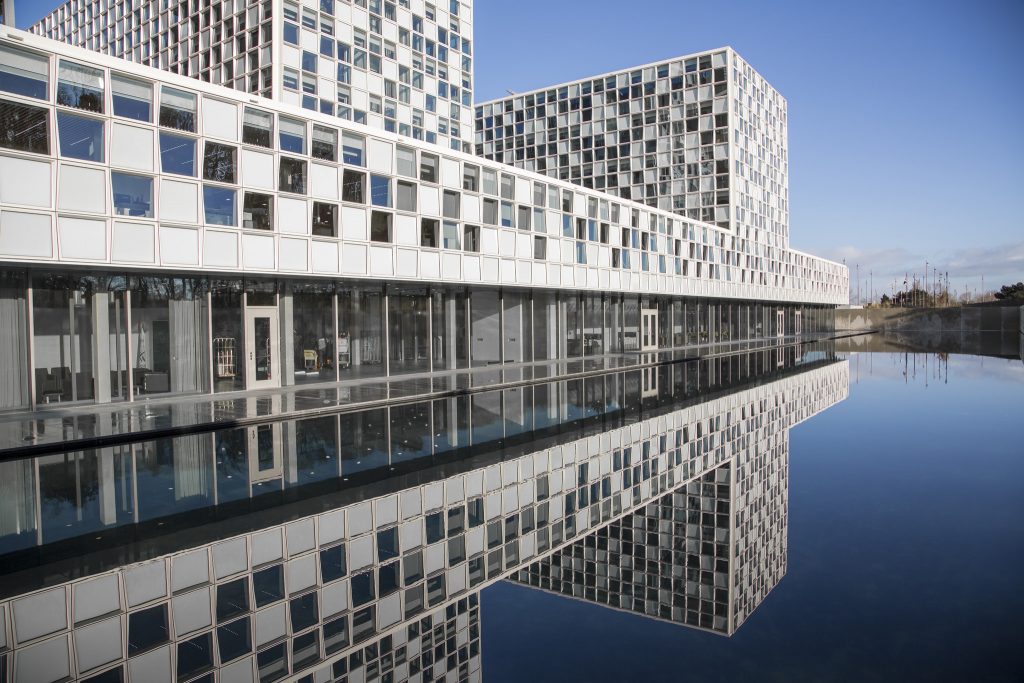 A more difficult question is whether Burundi would be obliged to cooperate with the Court if an investigation is launched after 27 October. We believe that here the answer is affirmative here too. However, the cooperation obligations to which Burundi would be bound remain uncertain and rest on whether there would be a continuing cooperation obligation should the OTP decide to open a future investigation. Given the OTP’s stance and a restrictive interpretation of Part IX as relating only to investigations and prosecutions, it is arguable that the preliminary examination phase does not oblige cooperation and as such Burundi would not have to cooperate with a future investigation. However, this restrictive reading is not definitive.

As Olasolo has maintained ‘The ultimate purpose of the cooperation scheme provided in the Rome Statute is to facilitate the Court’s exercise of any of its jurisdictional powers (not just its powers to investigate and prosecute) […] That would include the preliminary examination which is essential for the proper exercise by the ICC of the activation dimension of its jurisdictional powers.’

Furthermore, the preliminary examination phase which is provided for in Article 15 of the Rome Statute is now considered a necessary and integral part of the Office of the Prosecutor’s investigative activities. As such the preliminary examination, which is formally ‘opened’ by the Office of the Prosecutor, should also be considered as falling within the ‘investigation’ phase of the Court’s activities for the purposes of cooperation and would incur a clear cooperation obligation on states as referenced in Article 127(2).

Of course much of this is moot, regardless of the legal niceties Burundi is, and always was, extremely unlikely to cooperate with the ICC. However, given that the Court would maintain jurisdiction temporally over crimes committed before 27 October 2017, there would of course be nothing to stop the Court undertaking investigations into the Burundi situation without the cooperation of Burundi. The Court could still issue arrest warrants, even without Burundi’s cooperation, following its investigations into the situation. Such an approach has of course been taken in Darfur. States Parties would be obliged to arrest those subject to an ICC arrest warrant, should a perpetrator of a crime within the Burundian situation find themselves on the territory of an ICC member State. It would be preferable if Burundi cooperated with the ICC, but this was never going to be likely.

The OTP should not have been expected to rush its independent preliminary examination assessment into a single calendar year with the sword of Damocles hanging over its head. The OTP should proceed with its preliminary examination, relying on the factual circumstances of the available information, resisting any political pressure, to make the correct legal determination. This is the only way that the OTP can safeguard its impartiality and independence, and pursue its mandate in the interests of victims of international crimes.